THE STORY SO FAR

What a year it’s been!

UNLTD. Alcohol Free Lager launched in June 2020, right in the middle of lockdown. We’re now 5 months into this journey and our Founder Johnny wanted to share with all of our loyal customers, the story so far…

This all began in July 2019 when I gave up booze for 3 months. During this time, I discovered the “underground world” of alcohol free beer. What a revelation it was! Not only did I start feeling great, I was healthier, I was more motivated and with this new found passion for an alcohol free lifestyle, I set out on a mission to create the ultimate ‘healthy’ alcohol free beer. But how? I had no idea about brewing beer, I had never setup a business before, let alone a brand. But what I did have was time! Time that would have been spent hungover was a thing of the past.

I set out on a journey to find a master brewer to help me on my quest. After many phone calls and hours spent on google, I found a Master Brewer and told him about my dream of creating the ultimate alcohol free beer. I had a clear set of criteria which it had to meet: Alcohol Free craft beer, non alcoholic beer, low calorie beer, vegan friendly beer and be an award winning beer. Luckily, he was looking for a new brewing project at the time and he jumped on board. 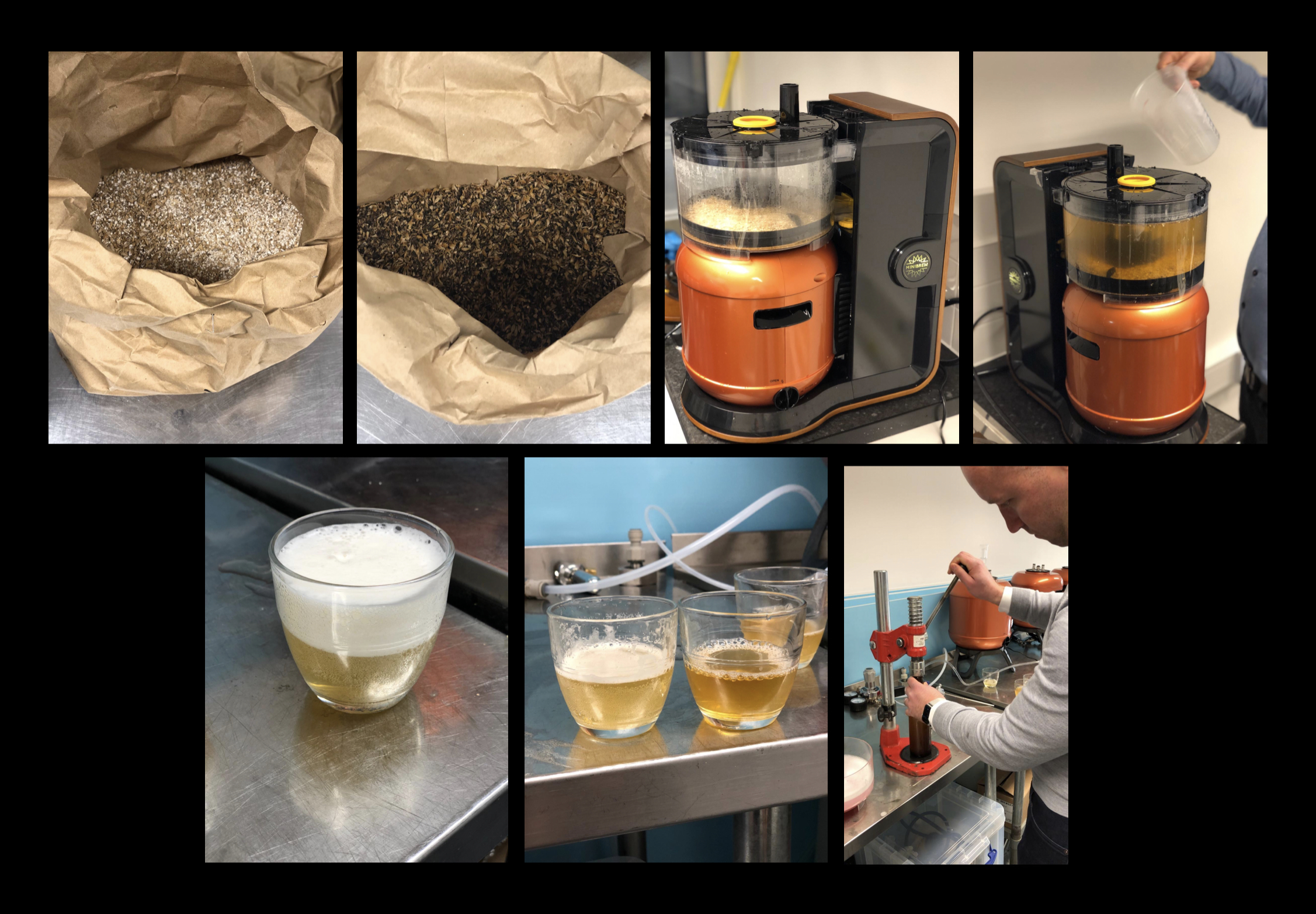 (Pictures from our first test brew)

After 10 months of brewing we finally landed on, what we believe, is the ultimate alcohol free beer. A low calorie beer, low in carbs, vitamin rich and vegan friendly…. A beer that’s actively good for you!

But that wasn’t the only challenge. We had to come up with a name for the brand. Something which epitomised what the brand was all about. Let me tell you, this wasn’t easy! After weeks of mulling over various names, I was at a dead-end. I sat back and reflected on this whole lifestyle change I was experiencing. I thought about how much my life had improved from going alcohol free and how it was unlocking my potential. How did I really feel?

I felt UNLIMITED. I felt that this alcohol free lifestyle gave me unlimited potential, opened up an unlimited amount of opportunities in every aspect of life, whether its work, family or health. But I like to keep things simple, I wanted the brand to be bold and clean and I thought that there’s too many letters in unlimited, let's break it down…………… UNLTD.

Once that was decided,I had to move on to the brand style. Bold, clean and simple (with a bit of sexy in there). Most other alcohol free beer brands were very colourful and eye catching but for me the market was flooded with this style. I wanted to create something new, something which represented power, strength and which you’d be proud to hold. Black bottle, silver logo with white text. Simple but sexy. 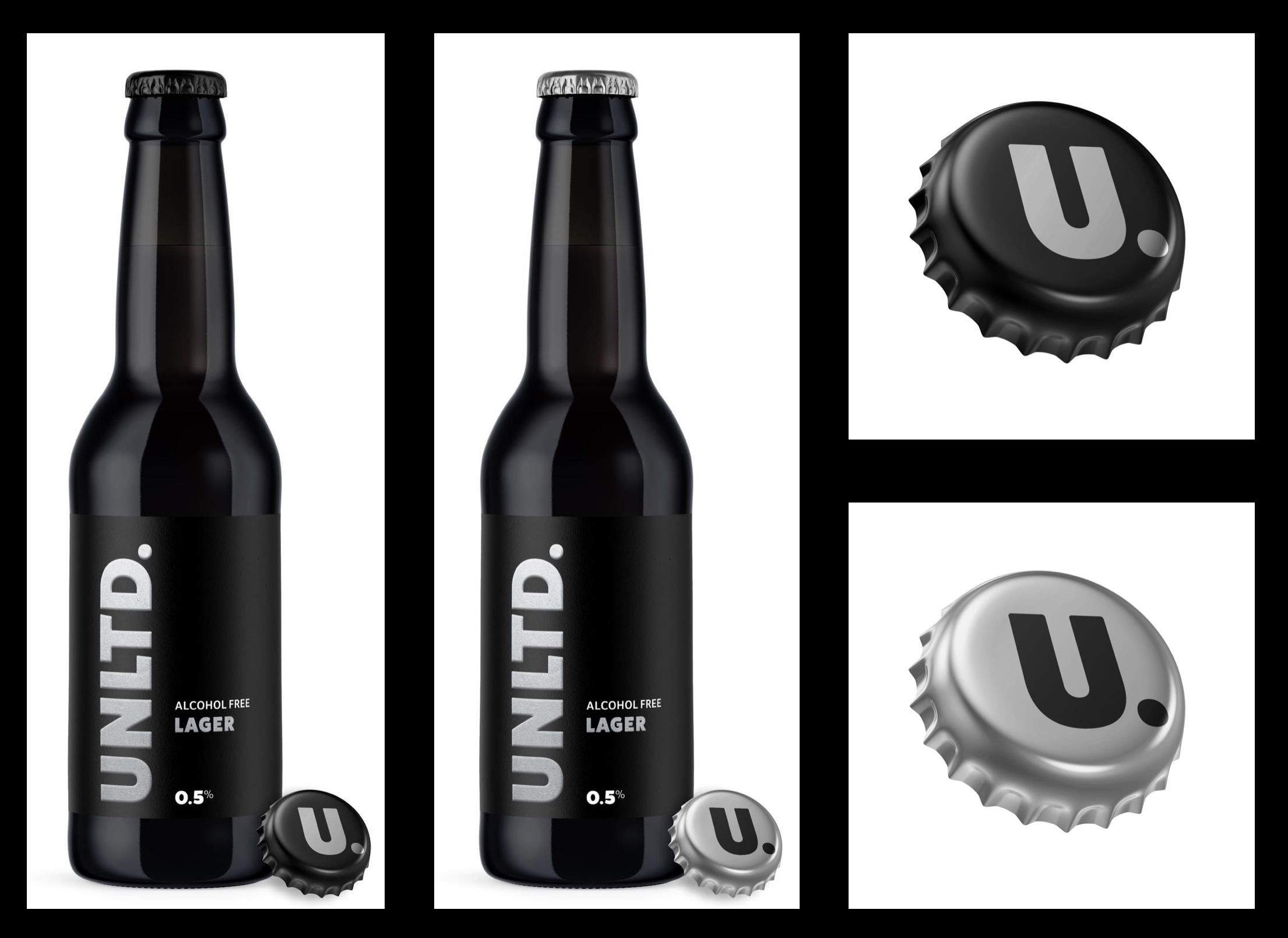 In March 2020 we contract brewed our first big batch of UNLTD. Lager (5,000 bottles) at a brewery in Hackney. When we launched the website in June all of the beer sold out in the first 2 weeks! Such an amazing start and thank you to everyone who bought UNLTD.

But we were out of stock and needed to brew again but brew bigger. With the country in lockdown and the majority of people working from home, the brewery in Hackney was closed, so we had to find new digs and the only brewery with capacity to brew our next batch of beer was in Swansea, Wales.

We brewed bigger and brewed better. We gathered feedback from a lot of customers from our first brew and without changing any ingredients, we tweaked the brewing process slightly, to give our Lager more body and better clarity.

Our 2nd brew flew off the shelves when it was back in stock and our customers have told us that they love the new and improved version.

When some of the lockdown restrictions were lifted in August we set out to find a brewery closer to home in Hertford and have found an incredible brewery in Enfield in London, where we’ll be brewing our beer going forward.

I want to personally thank each and everyone one of our customers, our subscribers and our suppliers for their business and getting behind the brand.