At UNLTD. we’re determined to show the world that giving up alcohol doesn’t have to mean giving up fun, and the benefits far outweigh any feelings of FOMO. To put our money where our mouth is we have gifted an alcohol-free sceptic Jimmy, with a months worth of UNLTD. Lager and in return he is keeping us all updated with how it’s going! So, keep reading our blog every week this month to see how Jimmy, his wife Heidi and their four legged friend Missy get on going dry this January.

Despite not going out or having anyone round the previous evening, we woke up on Jan 1st with thick heads. So, the prospect of a month off the booze was actually quite a welcome one. As the day wore on and the hangover wore off it became slightly less appealing, but we’re committed now.

8 days in and we’re definitely sleeping better and, personally, I’m feeling better in myself. I definitely have more energy and I’m taking my dog, Missy, for regular long walks in the woods (as you can see, I’m tiring her out!). Heidi and I have been enjoying the UNLTD.’s too, now it feels like a real treat to have a beer with a meal.

Overall, so far, I’d give the whole dry January a solid 8/10. Let’s see how this week goes. 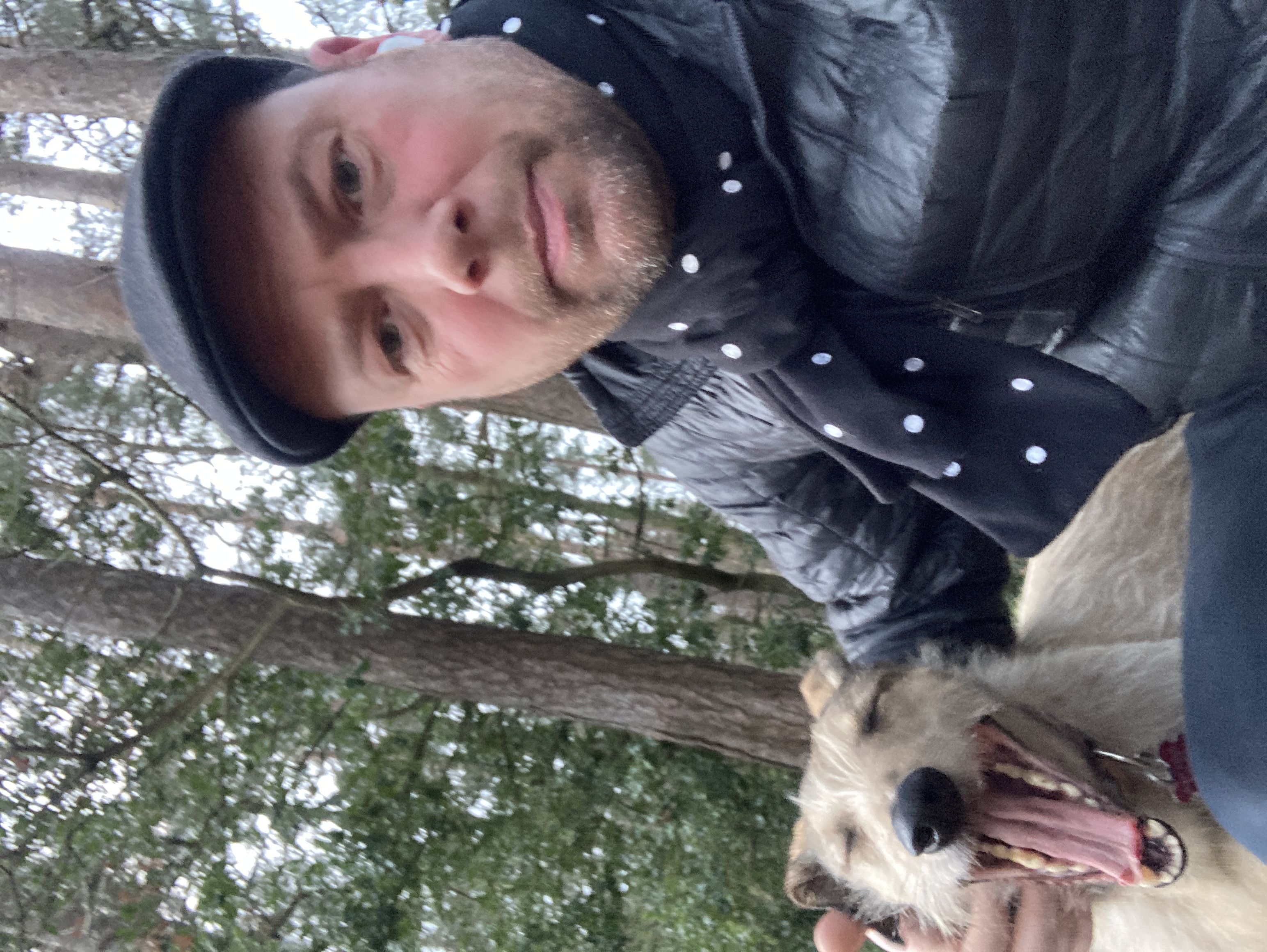 Well, we’re still going strong. It’s a lot easier than I thought it would be and we’re not missing alcohol at all during the week.

I definitely have more energy, and whether it’s down to lockdown or Dry January, this has meant a lot more walks with the dog, which she is delighted about. I’ve also had the best night’s sleep over the last two weeks than I have had for ages, and I seem to have actually been going to sleep quicker too, even without the soporific effects of alcohol. Plus, the longer walks and lack of Rioja means I’ve even lost a few pounds. So, all good.

Making a Sunday roast was the first time we thought ‘Ooooh, it would be nice to have a glass of red to go with this’. But we didn't and a few UNLTD.'s have been making it a smoother ride, and that’s exactly what I’m off to get now. Roll on another week alcohol free. 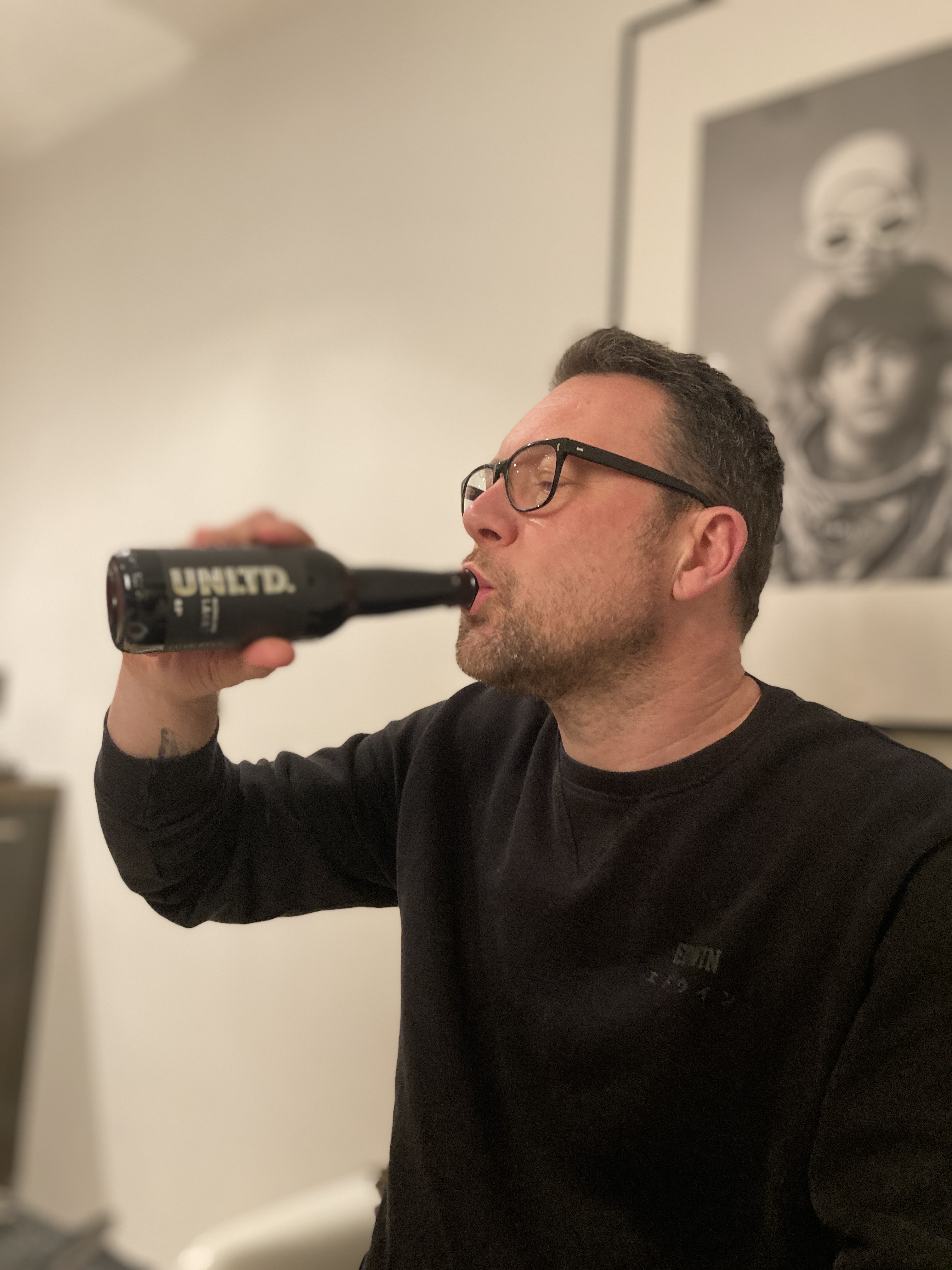 You know what? There really is something in this.

I was never an especially big drinker, but I’m really surprised at just what a difference three weeks without drinking actually makes. Mentally and physically. I just feel… better. I definitely feel fitter, and I’m sleeping like a teenager. It’s obviously strange times but, despite what I read to the contrary, this actually seems a good time to quit alcohol. There’s no temptation as you can’t go out, there’s no… expectation. A friend of mine decided at the beginning of the year that he’s giving up alcohol for three months. When he told me what he was doing, I was thinking that must be the hardest thing in the world to do. The way I’m feeling now, three weeks in, I’m kind of thinking I might do the same — no promises mind.

It’s two days away until February which means it’s two days until the end of Dry January. All in all, I would say (after the first week at least) it’s been pretty easy. I feel pretty proud of myself for having the whole month too. And, I’m not dying for a glass of anything either, which is encouraging. Lockdown has made it all much easier I think, there’s no real reason to have a drink. UNLTD. has made it easier too, as has apple juice mixed with sparkling water (both of which I’m getting pretty obsessed with). Waking up with a clear head ready to carpe the diem is pretty addictive, and it’s true that you have loads more energy generally. I’ve found there is a sense of calmness that comes with being AF too.

So, I’m glad I did it. I’m definitely not thinking ‘a couple more days, and I can get my life back’. And I’ll definitely be drinking more alcohol-free drinks. I’ve just ordered another case of UNLTD. and bought more apple juice so I’ll celebrate the end of Dry Jan with those I think… 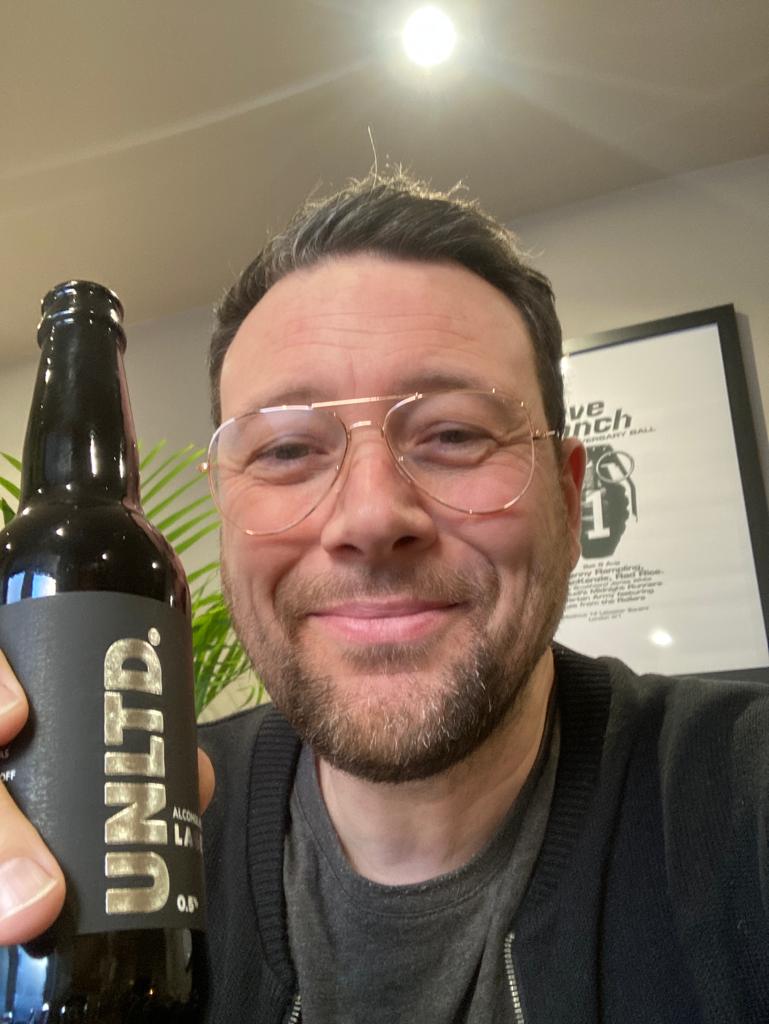